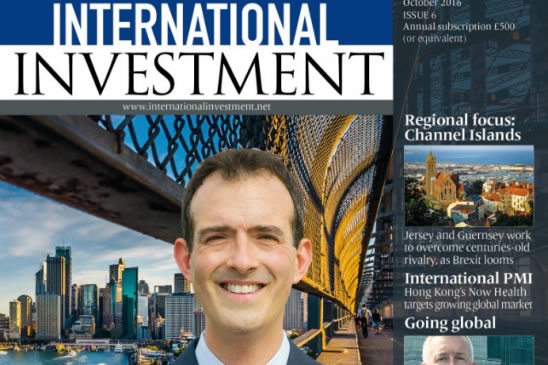 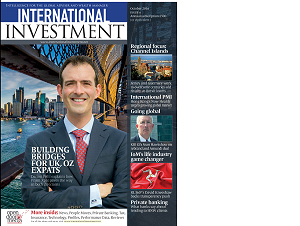 International Investment magazine profiled Prism Xpat and its CEO as the feature of its October 2016 edition.

Britons emigrating to Australia don’t always realise it, but before heading for the airport they need to do more than simply buy a one-way ticket to Sydney, and a book on how to speak “Strine”.

So says Darion Pohl, a founder and the CEO of London-based Prism Xpat, which helps expats going in both directions to avoid the financial pitfalls that can await them.

Here, Helen Burggraf discovers a road to and from Oz that has nothing to do with yellow bricks, wizards or witches…

Australians returning to Australia after a period of working in the UK share certain characteristics with those of their host nation who are looking to emigrate to Oz, either to work there themselves or to retire.

Both groups have a tendency to plan everything well in advance, from arranging their flights down to the last detail to figuring out where their children will go to school, once they’ve arrived, according to Darion Pohl.

Some, he says, have even lined up the gyms they plan to use once they get there, or their Australian Rules Football team!

Since 2002, Pohl, who is Australian born-and-raised himself, has built a sizeable business, in part at least by helping such soon-to-depart, Australia-bound individuals with the one area of planning that they too often overlook completely: their finances.

“What they tend to forget, or simply weren’t aware of, are such things as the fact that once they land in Australia, they’re going to be taxed on all of their global assets,” Pohl explains.

“So what we do, if we get a chance to talk to them before they leave, is sit them down and guide them through what they’ve got to do with all of their UK assets first, including their property, investments, insurance, pensions – the whole lot.”

These days, Pohl’s clients aren’t just on their way to (or returning to) Australia, he adds; for some time Pohl’s company, Prism Xpats (known Down Under as Xpat Group) has also catered for New Zealand expats, and those emigrating there.

Most recently, the firm has begun advising Canadian and South African nationals living in Britain, as well as Brits who are preparing to move, temporarily or permanently, to Canada or South Africa, Pohl says.

“Australia still probably represents about 70% of our business,” Pohl, who speaks with a distinctly Australian twang, despite having lived in the UK since 2001, adds. “I couldn’t tell you what percentage of these are Australians and Brits going there, or Australians emigrating here, it’s “a mix – maybe half and half.

“New Zealanders would be the next largest group. The Canadians and South Africans are too new to estimate numbers, we only just started looking after these nationals a few months back.”

Pohl is 44 years old, and thus relatively young by advisory industry standards to be heading up a cross-border financial advisory company.

He’s unusual in another way as well: he found his way into the business after studying to be an actuary, and practicing as one for a period of time.

It’s this background, he says, that gives Prism Xpat its USP, which he defines as “international pensions, and in particular, defined benefit pensions”, an important but difficult area for many advisers who lack the necessary training, Pohl notes.

“Pension transfers are one of our main lines of business, and within that, defined benefit/final salary pensions advice for international clients is probably the core of what we do,” he says.

“If it’s too low, Mr Smith might then go back and ask BP for a re-calculation.

“So that’s one of the advantages we offer, compared to some of the other financial advisory firms in the market.”

Pohl pitched up in London around 2001, a tall, Vegemite toting, tennis-playing Aussie, who happened to be a fellow of Australia’s Institute of Actuaries, and who had tired of working for JBWere in Australia (which was soon to merge with Goldman Sachs, and some years after that rebranded as Goldman Sachs & Partners Australia).

“The UK had a shortage of actuaries at that time, which was around the time of something called the Pensions Mis-Selling Review, when they needed qualified actuaries to work out the extent of the mis-selling of pensions that had been going on,” Pohl says, by phone from his company’s base near Wembley Stadium in London.

“So I came here, after being head-hunted in connection with the Pensions Mis-Selling Review, and met up with a university friend of mine and fellow actuary, Jim Hennington.

“Partly because of the profile I already had as a result of what I had been doing in Australia, I immediately started getting a lot of questions from Londoners who were moving to Australia, and from Australian expatriates, who wanted to know what to do with their finances.

“Jim and I started helping them, and finally we decided to set up a company, which we called Xpat, in 2002.”

Because at that point they were only qualified in the area of pensions, Pohl and Hennington joined forces with an existing advisory group that had UK-qualified financial advisers and which was otherwise properly regulated, called Prism, making their operation Prism Xpat.

Almost immediately, the expatriate division effectively took over the company, and Prism Xpat began to market itself as an expatriate advisory specialist, Pohl says, “specialising in Australian expats”.

The two original founders of Prism dropped away, and then, in 2009, Hennington also left, to return to Australia, leaving Pohl to continue on his own, apart from a team that by that time, he says, numbered around 15 people. Also by then, he had signed up an ever-growing number of affiliated advisers in Australia and New Zealand.

“Around the time of the financial crisis, the [expat-to-Australia] market went through a bit of a correction, as not as many people were moving to Australia, and Jim decided to head off,” Pohl recalls.

As a result, Pohl has run the company more or less single-handedly ever since.

A qualified actuary in both the UK and Australia, with UK pension transfer qualifications as well, Pohl seems almost unnaturally fond of pensions, and discussing them at length.

“I don’t do all [Prism Xpat’s] pension advice, and I don’t write all [the transfer recommendations], but I do tend to review them all, just to make sure they make sense,” he says of the firm’s pension work.

“I’ve literally looked at thousands of schemes since 2002. Thousands.”

And his professional opinion on all those defined benefit schemes that many people, encouraged by QROPS specialists, are looking to transfer abroad is this: Get good advice.

“There are some very good final salary pension schemes out there, and some that it makes sense to transfer, but there are also schemes that should never be transferred, because they will be worth a lot more if they’re left where they are.”

Asked who Prism Xpat’s average customer is, Pohl is silent at first.

“They tend to be from Australia or New Zealand, and range in age from 30 to about 75,” he finally says.

“As for what they do, it’s the full range of client types. We’ve dealt with rock stars, cricketers, global CEOs, directors from top FTSE 50 and FTSE 20 companies; all sorts. Inspectors from Scotland Yard, priests. Every profession you could think of.”